…And The Mighty In NPP Fell 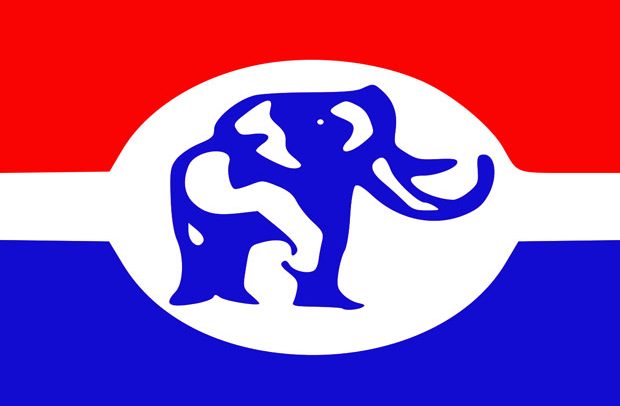 “It is difficult to lose an election. I have consoled

myself because it is better to be a former MP in

power than in opposition… It is painful but I have

consoled myself and I’m urging all my supporters

to put this behind them and support the new candidate.”

“YE DAUGHTERS OF ISRAEL, weep over Saul, who clothed you in scarlet, … How are the mighty fallen in the midst of the battle! O Jonathan, thou wast slain in thine high places”. David’s song was lamenting the death of Saul and Jonathan. And the mighty did fall last Saturday in Ghana during the election of NPP parliamentary candidates.

Then, we remembered the dictum of our indefatigable friend, Owusu-Afriyie (Sir John): “Fear delegates, not ghosts.” It was at Tamale, after suffering an unexpected defeat by Kwabena Agyei Agyapong with 2,520 votes to 1,960 for the secretary-ship of NPP. Sir John’s lamentation was that “apart from death, there could be no more wicked personalities on this earth than delegates.” Beneath the veneer of affability was a masked hatred or, at best, insouciance. “There is no art to find the mind’s construction in the face…” so said King Duncan on learning about the treachery of the Thane of Cawdor, a gentleman on whom he had built an absolute trust.

In the run-up to Saturday, candidates were crisis-crossing villages in their constituencies. Some candidates were very confident of carrying the day. Dr. Mark Asibey Yeboah is alleged to have told a group of party supporters, “If I am not in Parliament, Parliament will collapse. Since Ghana’s multi-party democracy in the 4th Republic, Koforidua has not had any MP of my calibre…” but the delegates at New Juaben South “felled” him! As a student at Legon in the heady days of the so-called “Revolution”, you will have heard an armed police officer ordering a student who in escape had climbed a tree: “Hei, fell or I fell you.”

In all, 41 incumbents lost their seats to newcomers. That is roughly one quarter of all the 169 NPP MPs in Parliament, and it was after 65 MPs had been allowed to go unopposed. There were supporters in the calibre of those whom the challengers had beaten before, like the Bantama Constituency where Okyem was able to garner only 122 votes against Francis Asenso-Boakye, the Deputy Chief of Staff’s 456 votes. Honourable Kokofu did not hide his support for Asenso-Boakye. He had declared as early as February, “…when I left my chairmanship position to contest in the primaries, Francis vied against me. So if you ask me if I support Francis, why not, I do”

Those who “were felled” included Joseph Kofi Adda mauled for flying to his constituency in a helicopter, as Minister for Aviation, beaten by Ms. Abayage, the Upper East Regional Minister; Kingsley Aboagye Gyedu; Ben Abdallah, Chairman of Parliament’s Legal Affairs Committee; our bosom friend Kwabena Owusu-Aduomi kicked out by the young talented lawyer, John Kumah. Also left in the doldrums were Vincent Sowah Odotey, Eric Kwakye Daffour and William Agyapong Quaitoo. In Tema Central, the affable career freight-forwarder Kofi Brako lost to Nii Noi Nortey who had promised delegates ‘one delegate, one car’: “it’s a work and pay and own programme designed to empower our polling station executives. It would also serve as a source of income for party activities.”

The MP for Krowor, Mrs. Elizabeth Afotey Quaye, beat Emmanuel Laryea Odei by only three votes to retain her seat. In the Assin North Constituency, Eric Amankwaa Blay threatened to collect back the bicycles he had offered to some of the delegates. The incumbent MP, Abena Duruwaa Nkansah, won to bolster the feminine representation in Parliament. Ama Sey lost by four votes to Ernest Kumi in Akwatia and is seeking a recount. She thinks there were four persons whom she knew were dead, but who voted.

Lawyer Andrew Amoako who challenged the voters’ register at the Fomena Constituency withdrew from the race, and decided to go independent. But Ofori-Asante who was acclaimed as the NPP candidate enticed him to change his mind, predicting, “Lawyer Amoako Asiama will not get 2,000 votes if he refuses to reason with me and proceeds to contests as an independent candidate.”

The NDC is “not surprised at the turn of events”, according to Sammy Gyamfi, COVID-19 protocols like wearing of masks and social distancing were thrown to the dogs. “The alarming level of vote-buying and opulence we saw this time…We have never seen this level of ostentation in our body politic before… we must hasten to add that the results that emerged out of the NPP’s primaries, where as many as 40 incumbent MPs lost their seats, reflects the dissatisfaction of NPP supporters and Ghanaians at large with the abysmal performance of the Akufo Addo government.”

And the NDC is wooing those who lost in the NPP primaries to join forces with them. Okudzeto Ablakwah says, “NDC remains the most successful party in the Fourth Republic. We have won four of the elections held, and we’re poised to win our fifth.” The NDC message issued by Kakra Essamuah, the Director of Communications reads, “We in the NDC have also undertaken similar exercises, all in our collective effort to cement the anchors of democracy … May the best candidates win…” Reacting to all these taunts by the NDC, Nana Boakye a.k.a. Dennis Amfo Sefah, NPP, Constituency Chairman for Tema West, challenges this assertion as illogical. He thinks, “If internal elections are what determine how popular President Akufo-Addo and his government are, then I throw a special invitation to Sammy Gyamfi for our special conference on 27th June… nobody in the whole NPP has stepped up to contest President Akufo-Addo and we are therefore going to massively endorse him.”

It is the wish of the NPP that all the losers in the NPP primaries take a cue from Seth Acheampong, the MP for Mpraeso. All may not be as lucky as Honourable Joseph Osei Owusu, now the First Deputy Speaker in Parliament. He resigned from the NPP to contest as an independent candidate after the then incumbent Kofi Poku-Adusei had defeated him by a single vote in the primaries. In 2008, three NPP members went independent: Seth Adjei-Baah, Nkawkaw; Ofori-Kuragu, Bosome Freho; Joe Osei-Owusu, all of whom won. But many lost. All are welcome on board NPP, because “in our father’s house are many mansions…” thus says Alex Osei Frimpong.