Asiedu Nketia’s Bid For NDC National Chairman: Is It A Sound Judgment (1)? 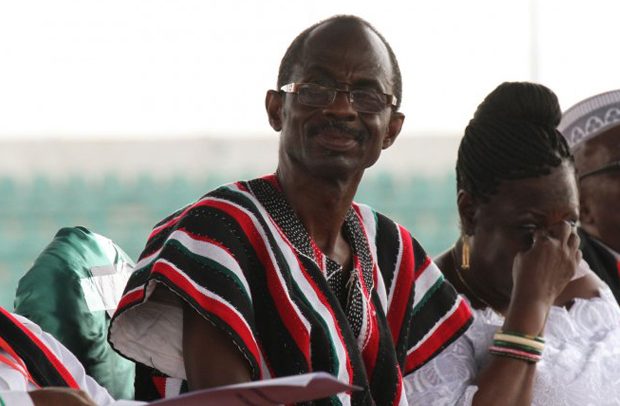 BARRING ANY hitches, Ghana’s largest opposition party, the National Democratic Congress (NDC) will go to the polls on December 17 to elect its national officers.

On that day, eighty-three (83) aspirants will vie for various positions in the party to serve a term of four years in office. This will also serve as the prelude for the party’s Flag-bearer elections in the first quarter of 2023.

Since the infamous 2005 NDC National Congress in Koforidua, during which Dr. Obed Asamoah was denied the opportunity to serve a second term as the party’s National Chairman, in an election characterised by chaos and violence, successive national elections of the NDC have been held in an atmosphere of peace and orderliness. I believe that the NDC did an internal review of the Koforidua debacle and took a cue from that past sordid development. Kudos to the NDC for holding its national elections in tranquility since the Koforidua one.

However, this peaceful path that the NDC has pursued after the events of Koforidua appears to be ruptured as a result of the personal ambition of Mr. Asiedu Nketia a.k.a General Mosquito. No one is advocating a no-contest for party positions. But when an incumbent General Secretary of a party decides to wrestle power from his incumbent Party National Chairman, it doesn’t bode well for party unity and cohesion. It smells and stinks to the high heavens and shakes the very foundation of the party.

It is well known in party circles that Asiedu Nketia has long had a coveted eye for the party’s National Chairmanship in a bid to get it as a bargaining chip for his running mate position or Flag-bearer political ambitions. In the run-up to the 2020 general elections, in fact, General Mosquito had lobbied to be the running mate of the NDC Presidential Candidate John Dramani Mahama, but for the dramatic announcement of John Dramani’s preferred choice – Professor Nana Jane Opoku-Agyeman. Mr. Asiedu Nketia could have been harmful to the party in its search for a running-mate. The selection of the running-mate and the subsequent announcement came as a thunderbolt to General Mosquito who had all along thought he could be the ace-card.

Mr. Asiedu Nketia has allegedly been heard elsewhere saying that “his decision to wrestle with the incumbent Chairman, Mr. Samuel Ofosu Ampofo, is borne out of his desire to reposition the NDC for victory in 2024 and that his contest for the position will rather unite and strengthen the party! Hear him!!General Mosquito’s frantic quest for political leadership in the NDC knows no limit. He sees himself as the repository of knowledge and that, he is the master of all that he surveys. Meanwhile, he leaves his tracks uncovered.

In his hasty quest to become the Flagbearer of the NDC in the year 2028, he doesn’t care if the NDC wins or not in the 2024 general elections. For him, so long as he becomes Chairman in the upcoming elections, God forbid, he will then be able to flex his muscles in any negotiations for him to be the Flag-bearer in 2028 or the running-mate in 2024. He will use his country-wide tours in the 2024 campaign trail to further his ambition. It’s for this reason that he chooses to rock the boat at the time that Ghanaians are clamoring for a total defeat of the NPP and the Government headed by Nana Akufo-Addo and Dr Mahamudu Bawumia in the 2024 general elections by the NDC.

To say the least, General Mosquito ‘s decision to contest the incumbent Chairman while he is the General Secretary serving under him is unethical, which doesn’t have a precedence in the 30 years history of the NDC. It smacks off greed and selfishness.

Secondly, his claim that he decided to wrestle with the incumbent Chairman of the NDC is borne out of his desire to reposition the NDC for victory in 2024 is hogwash and can’t fly in the face of cogent factors, considering how he has managed the NDC for the past 17 years as Chief Executive, that the party has been under his watch!

What can he do as Party Chairman in 2 years before elections which he didn’t do for the 17 years that he has served as the party’s General Secretary? What transformational policies did he roll out during the period close to two decades as the Chief Executive of the NDC? One can only see him as a desperate person who wants to cover up some of his shortcomings as General Secretary of the party.

One sad observation about Mr. Asiedu Nketia is that he also has a false sense of entitlement – If it is not me, then no one else.

This is someone who on his own volition, abandoned his constituents in his constituency in the then Brong Ahafo Region and became religiously attached to the Founder of the NDC, Flt. Lt. J.J. Rawlings and his spouse, for whatever his intention was. For sure, he got some favours politically to launch his game for national recognition which culminated in his election to the position of General Secretary of the NDC in the fateful Koforidua Congress.

He exploited his relationship with the late Founder J.J. Rawlings and his spouse, Mrs. Agyemang Rawlings. Asiedu Nketia rode on the back of the unsuspecting Rawlingses to glory and fame in the chaotic and violence-prone congress in Koforidua in 2005. In-spite of the overwhelming support and assistance to become the General Secretary of the NDC, General Mosquito unbelievably, made a 360 degrees U-turn on his benefactors, J.J. Rawlings and his spouse and sometimes treated them with scorn.  It’s on record that at a public event at the Accra Arts Centre, General Mosquito described the Founder of the NDC as “a barking dog” whose nauseating conduct scared away intimate friends of the pet owner and therefore, it was no longer a desirable option for the owner to keep it. That was the lowest point of the kind of relationship that was between the Rawlingses and Asiedu Nketia. A case if ingratitude.

Asiedu Nketia did all this with a zeal and a mind of becoming the foremost power-broker in the NDC whose word becomes the final say in the party. All this in preparation for his agenda to be the running mate in 2024 or Flag-bearer of the NDC in 2028.