Black Stars must find AFCON A-game from the first whistle 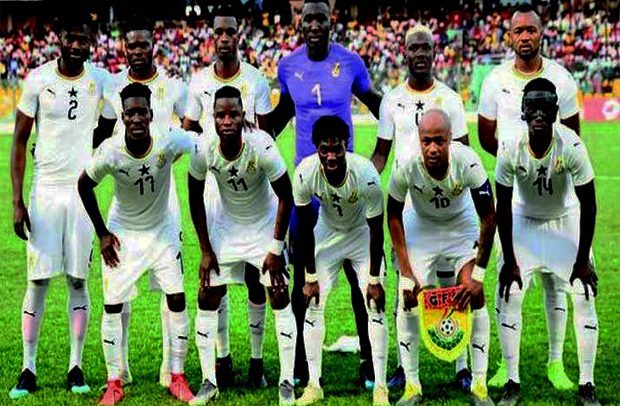 Ghana’s quest to end their 40-year wait for another AFCON title faces a difficult start, with the Black Stars taking on the Atlas Lions of Morocco in their opening match of the next Africa Cup of Nations in January 2022.

Following the clash against Morocco will be a second group match against Gabon, before the Stars complete their round-robin assignment against group minnows, Comoros.

Ghana’s AFCON group is a very tricky one.

The Black Stars are amongst the most successful nations in Africa Cup of Nations history, with four titles, but the continental heavyweights have not lifted the AFCON title since 1982.

There have been a few close shaves along the way, with the country finishing second in 1992, 2010 and 2015, but a fifth crown has so far eluded them.

If the Black Stars are to end their drought in Cameroon in 2022, Charles Akonnor’s men will have to do it the hard way.

By being placed in Pot 2 before the draw, Ghana already knew they would go up against one of the top six nations on the continent, and they duly got Morocco. They would have hoped that the rest of the draw would be kind to them, but things did not exactly pan out that way.

The Black Stars will be confident of dispatching debutants Comoros, but they also have to contend with a very dangerous Gabonese team.

Between Morocco, Ghana and Gabon, they will all harbour genuine hopes of getting one of the top two positions in the group.

The consolation for the team that finishes third is that they can still squeeze into the Round of 16 as one of the best third-placed teams at the tournament.

With the Cup of Nations now featuring 24 teams and six groups, the top two teams from each group will progress into the knock-out rounds, with the four best third-placed teams joining them in the Round of 16.

Top bookmakers like betway Ghana will certainly expect the Black Stars to progress into the round of 16- one way or the other!

Ghana will hope to avoid the complications and permutations of finishing third in the group, and possibly facing one of the bigger guns in the tournament.

When asked about the draw, head coach Akonnor gave a confident reply, declaring that his team will be ready for the challenge in Cameroon.

“I think [the draw] is okay,” Akonnor said. “I didn’t come here with a lot of expectations regarding which group I want to be in. Nowadays football is football so you cannot expect anything”.

“We are preparing feverishly for this tournament and the coming matches in the world cup and I am sure we will be ready.”

Akonnor was appointed head coach in January last year, and will make his major tournament debut when he leads the Black Stars at next year’s AFCON in Cameroon.

Despite not winning the tournament since 1982, Ghana have been very consistent campaigners in recent editions.

Yes, they fell to Tunisia in the Round of 16 in 2019, but before then, they had reached at least the semi-finals in each of the previous six editions.

The Black Stars may not be amongst the top five African nations in the FIFA rankings, but given their pedigree and history at the Africa Cup of Nations, they will likely be there or thereabouts yet again in Cameroon next year.