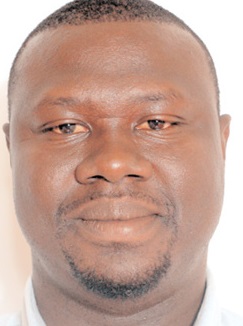 My late father was not well-to-do so he did not leave me and my siblings any property. But he bequeathed to us something more:  quality formal education and good home training. These two things have ensured a relatively smooth life for us in this difficult world. May the Bearded Old Man above have mercy on his soul!

I vividly remember this wise counsel of his: “Take criticism with a pinch of salt. Those doing more than you are unlikely to be the ones criticizing you. You will almost always be criticized by people who are doing less. So always look critically at the one criticizing you to understand their true intentions.”

It is no secret that the contest for the Osono flagbearership seat is getting heated. Many from the Elephant family have given hint of joining the race for the coveted seat, but only Dr. Mahamudu Bawumia and Alan Kwadwo Kyerematen have a realistic chance of ascending the throne.

It’s therefore, understandable if both party folks and detractors express their views and proffer suggestions. But one becomes suspicious when an avowed hater of the Elephant thinks he knows what is best for the big animal. That’s where my late father’s advice comes in handy.

One person who has not hidden his dislike for the Great Elephant is Massa Kwesi Pee. He sees, hears and speaks nothing good about the Elephant. He has also proven, through his words and actions, that his only desire is to see the Elephant leave the presidential throne and stay far away from it.

If such a person now comes telling members of the Elephant family the one most deserving to lead them in the 2024 polls, they surely must take such an advice with a pinch of salt. Moreso when it has become his chorus from one radio/television station to another

Indeed, Massa Kwesi Pee’s choral chant is that it isn’t Bawumia’s time to lead the big animal to an electoral battle. He also does not hide his disdain for the Vice-President as he practically declares him persona non grata.

But we know better and won’t fall for Massa Kwesi Pee’s Kwaku Ananse tactics. Knowing his hate for the Elephant, he should rather be jubilating when the party is rooting for someone he knows will lose miserably at the 2024 polls, shouldn’t he?

Wait a minute, since when did Massa Kwesi Pee become an expert in electoral predictions? If he is the expert he claims to be, how come he did not foresee himself performing so poorly in the 1996 parliamentary elections in the Ayawaso Central Constituency? Garnering a paltry 7% should have taught him some humility, but he still deludes himself into believing that he knows it all.

One thing I know for sure is that the Elephant always rewards hard work, not duration of membership. It is consistent with the Elephant’s philosophical belief in meritocracy – reward based on achievement above any other consideration.

Indeed, anyone without a jaundiced view would tell you Dr. Bawumia’s diligence has contributed greatly to the successes achieved so far by the Nana Dee government. (A whole piece on his achievements will be written.)

As for the tag “Bawumia is a stranger in NPP”, it is as lame as the word itself. If duration of membership is that critical in selecting a flagbearer for the party, then why don’t they go for the likes of Dr. Nyaho Tamakloe and ‘Wannabe President’ Kwame Pianin?

Dr. Bawumia is the man Zu-za shudders to meet at the 2024 polls. He is that man who will use facts and figures to punch holes through their propaganda. He was the Elephant’s most potent weapon against the eagle-headed Umbrella in 2020 and even 2016 and will remain so in the next election.

Family Of 7 Killed In Ferocious Fire