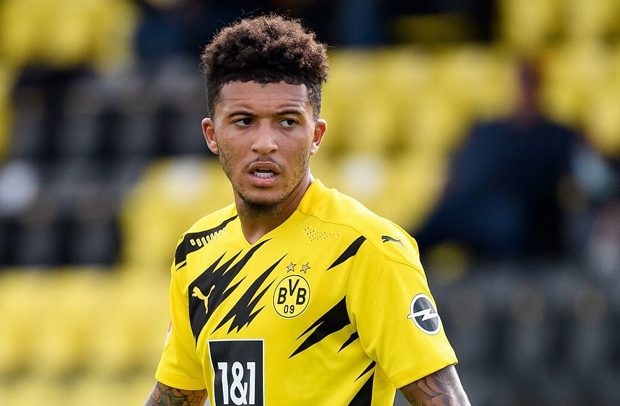 Jadon Sancho’s imminent £73million move to Manchester United has been confirmed by Borussia Dortmund, who have been left furious by the low transfer fee and the player’s desire to leave.

The summer switch was first confirmed by the German giants in a statement to the stock market yesterday before CEO Hans-Joachim Watzke sat down in front of the press to further explain the situation.

At the unveiling of new manager Marco Rose, Watzke revealed that an agreement is in place for Sancho, but that Dortmund was unhappy with the fee, given they were pushing for £108m just one year ago.

At the time United failed to meet that valuation, and one year later, they have now landed their man for a full £35m less than Dortmund had previously demanded.

“There is an agreement, but not yet enforcement,” Watzke told the press. “There are still medical tests pending. This is done explicitly at Jadon’s request.

“We would have liked to keep him. But he behaved fantastically and it makes a difference whether someone communicates this clearly or goes on strike with a riot. We are sad that he is leaving, but we will surely find a solution.”

New boss Rose, meanwhile, said: “Jadon’s qualities were unpredictable. Every coach likes to have a player like Jadon Sancho on his team. We knew that it could mean that Jadon won’t be there next season.”