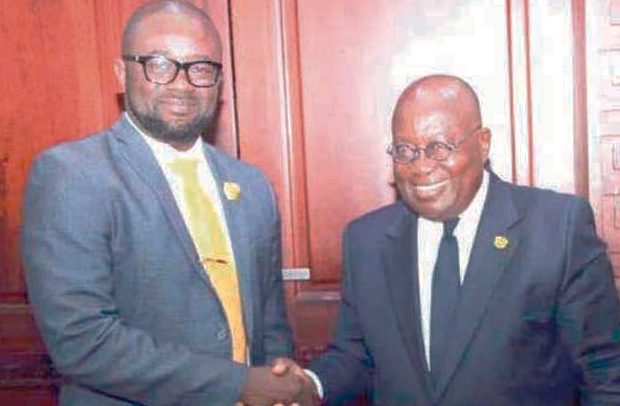 Kurt ES Okraku in a handshake with Prez Akufo-Addo

He said in an interview that government has demonstrated clearly that it will rally behind his administration to restore the fortunes of the sport.

The GFA boss mentioned that he has engaged the President and other high-ranking members in government in fruitful discussions regarding how to make football work again.

“Since October 25, 2019, I think that Nana Akufo-Addo and the rest of the government have been very supportive. I have engaged him and other high-ranking members in government,” he stated.

The former Dreams FC boss added, “The government believes strongly that with the right support Ghana football will prosper again. I think that together we are working towards delivering such promise.”

As a result, he has expressed thanks to the President for his pledge to support football.

The football administrator succeeded Kwesi Nyantakyi, who was banned from all football-related activities following the airing of the Tiger PI documentary titled ‘Number 12’.

Until the break of the league due to the coronavirus pandemic, the GFA chief was on track in his quest to repackage football in the country.

Football has been on suspension since March due to the global deadly disease, with many football administrators calling for government’s support regarding player remuneration.